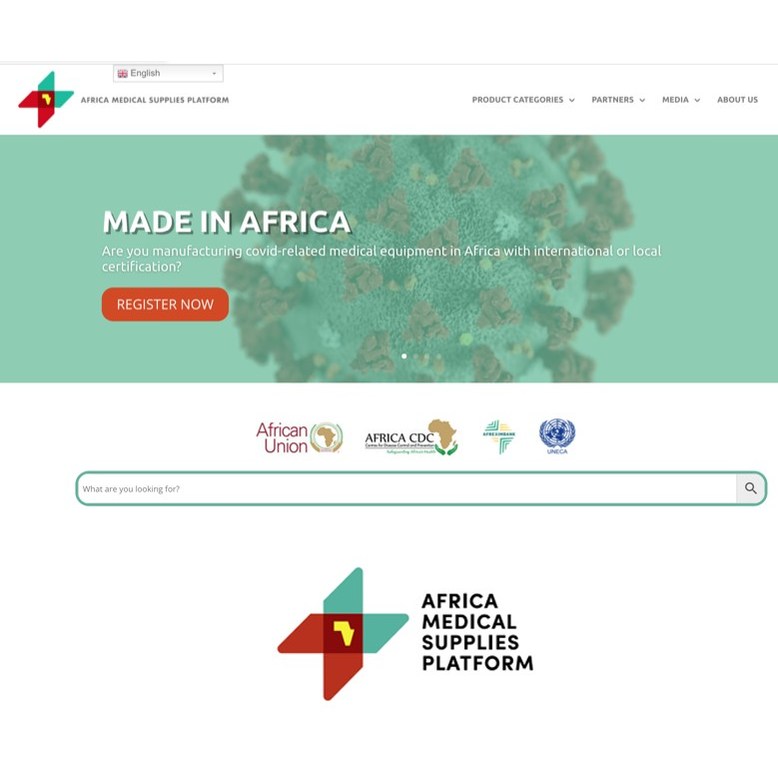 Johannesburg/Cairo/Addis Ababa, 17 July 2020 – Following a successful launch of the Africa Medical Supplies Platform (AMSP) by the Chairperson of the African Union, His Excellency, the President of the Republic of South Africa, Cyril Matamela Ramaphosa on the 18th of June 2020, the AMSP has gained traction in sourcing of supplies of medical equipment, struck new and groundbreaking partnerships globally, and has experienced a surge in demand for medical supplies from Member States of the African Union.

“I recently directed the (AMSP) platform team to also begin to add promising pharmaceutical products that might be helpful to our doctors, working in close collaboration with the Africa Centres for Disease Control and Prevention (Africa CDC),” said President Ramaphosa.

As an update to this instruction, Mr Masiyiwa responded, “I’m pleased to advise you that at our request, the Bill and Melinda Gates Foundation has committed to joining our initiative to secure a drug called dexamethasone, which is being used to treat COVID-19 in hospitals in the US and Europe on very sick patients following the results of the RECOVERY Trial. The trial demonstrated significant reduction of mortality, saving lives that we couldn’t save without this intervention. About 1 million people will benefit from the drug (equivalent to 9 million tablets), which will be distributed proportionately for free to all countries that are interested in its use.”

The Gates Foundation’s Africa Director, Cheikh Oumar Seydi, noted, “The Gates Foundation gladly supports this initiative of the Africa Medical Supplies Platform to bring COVID-19 treatments to the African people. We have a shared belief that access to lifesaving tools should not be dependent on ability to pay.”

In addition, the Africa CDC, has further secured $15m from the MasterCard Foundation, which has been used to buy PCR Test Kits through the platform.

“These tests will support our Partnership to Accelerate COVID-19 testing initiative that was launched a few weeks ago,” said the Executive Director of the Africa CDC, Dr John Nkengasong.

These donations of both dexamethasone and test kits will be distributed for free to AU Member States, once they register on the platform so as to confirm their allocation and arrange delivery.

Mr Masiyiwa further explained, “In addition to our efforts securing the best drugs on the platform, we are preparing to become a critical player in how oxygen supplies, monoclonal antibodies and vaccines are accessible on the continent when it is globally available. ”

Mr Masiyiwa also told President Ramaphosa that he was pleased to report that the UNICEF catalogue was now listed and purchasable on the platform while the applications from vendors of medical suppliers have increased threefold from the time of launch.

‘Mr President, l am pleased to report that the platform has proved popular with suppliers and is receiving applications from an average of 40 new vendors per day,” he said.

Mr Masiyiwa also reported that demand for medical supplies on the platform was high and included Member States of the African Union, leading international non-governmental organisations as well as international and African foundations.

“We are also zeroing in on ensuring that we expand access of our platform to hospitals and local authorities approved by their governments of Member States. We believe this will help to ensure critical supplies are available at the hospital level in a speedy and timely fashion,” said Mr Masiyiwa.

He concluded the briefing by advising the Chairperson of the African Union His Excellency, the President of the Republic of South Africa, Cyril Matamela Ramaphosa, that under his leadership the platform had also achieved international recognition with Member States of CARICOM (Caribbean Community and Common Market) joining the platform to access critical medical supplies to fight COVID.